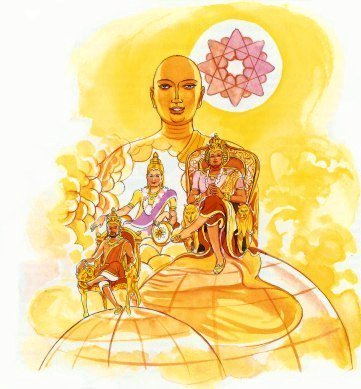 Than o’er the earth sole sovereignty,
than going to heaven,
than lordship over all the worlds:
better the Steam-winner’s fruit.

Explanation: The achievement of the stream-winner is the primary stage in the attainment of spiritual success. The state is greater than being a universal monarch, or reaching heaven.

The Story of Kala, son of Anathapindika (Verse 178)

While residing at the Jetavana Monastery, the Buddha spoke this verse, with reference to Kala, son of Anathapindika, the well renowned rich man of Savatthi.

Kala, son of Anathapindika, always kept away whenever the Buddha and his company of monks came to their house. Anathapindika was afraid that if his son kept on behaving in this way, he would be reborn in one of the lower worlds (apayas). So, he enticed his son with the promise of money. He promised to give one hundred if the youth consented to go to the monastery and keep sabbath for one day. So, the youth went to the monastery and returned home early the next day, without listening to any religious discourses. His father offered him rice gruel, but instead of taking his food, he first demanded to have the money.

The next day, the father said to his son, “My son, if you learn a stanza of the text from the Buddha, I will give you one thousand on your return.” So, Kala went to the monastery again, and told the Buddha that he wanted to learn something. The Buddha gave him a short stanza to learn by heart: at the same time he willed that the youth would not be able to memorize it. Thus, the youth had to repeat a single stanza many times, but because he had to repeat it so many times, in the end, he came to perceive the full meaning of the Dhamma and attained sotapatti fruition.

Early next morning, he followed the Buddha and the monks to his own house. But on that day, he was silently wishing, “I wish my father would not give me the one thousand in the presence of the Buddha. I do not wish the Buddha to know that I kept the sabbath just for the sake of money” His father offered rice gruel to the Buddha and the monks, and also to him. Then, his father brought one thousand, and told Kala to take the money but surprisingly he refused. His father pressed him to take it, but he still refused.

Then, Anathapindika said to the Buddha, “Venerable, the demeanor of my son today pleases me.” “How is that, great treasurer?” “Day before yesterday I sent him to the monastery, saying to him, T will give you a hundred pieces of gold” Yesterday he refused to eat because I did not give him the money: but today, when I give him the money, he refuses to touch it.” The Buddha replied, “It is even so, great treasurer. Today, in attaining the fruit of conversion, your son has attained that which surpasses the attainment of a universal monarch, the attainment of the world of the deities, the attainment of the world of Brahma.”