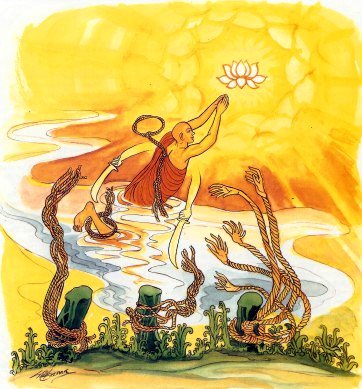 Five cut off and five forsake,
a further five then cultivate,
a bhikkhu from five fetter free
is called a ‘Forder of the flood.’

Explanation: One should break away from the five lower fetter. One must get rid of the five higher fetters. One must cultivate the five faculties. One must go beyond five attachments. A monk who has achieved these is described as the one who has crossed the flood.