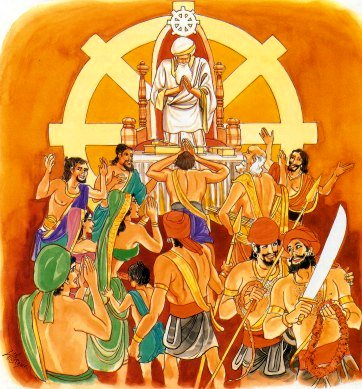 Who others guides impartially
with carefulness, with Dhamma,
that wise one Dhamma guards,
a ‘Dhamma-holder’s’ called.

Explanation: That wise person, who dispenses justice and judges others, impartially, without bias, non-arbitrarily, is guarded by and is in accordance with the Law of Righteousness. Such a person is described as well established in the Dhamma.